Akira Kibo pops over for a catch-up. He seems tense, but they have a good chat. He’s soon having a talk with Emilia, I wonder what she’s telling him. Viv gives Akira a key to the apartment. He’s a good friend after all. Maybe she should actually start locking her door because neighbours just seem to wander in all the time. Jayce comes home from work, he’s got a promotion. That’s great, but why was he out partying most of the night with his ex? Viv is having none of it! 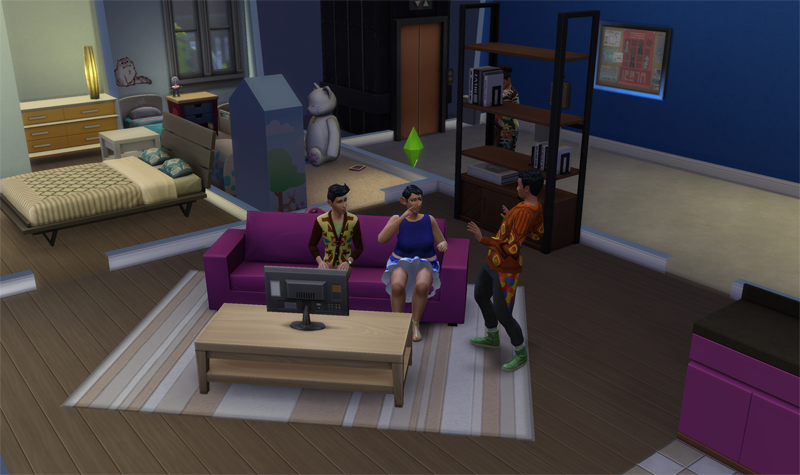 Arun is stuck right in the middle of it. But that’s what you get for just randomly wandering into someone else’s apartment all the time. Maybe he’ll learn his lesson. Viv takes back Jayce’s apartment key. Arun is still on the couch, he’s wondering ‘maybe if I sit still enough, perhaps they won’t notice me?’ I went to manage worlds and moved Jayce out and in with his ex. It’s his problem now. Viv goes and has a cry. She now has two day’s of sadness. Poor lass, but she’s better off without him. Onwards and upwards Viv!!!!! View all posts by sims4shenanigans